Not On My Land! Ingress and Egress vs. Easement 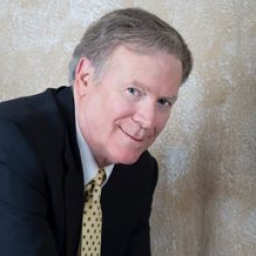 Surface Use and Damage Issues

When attempting to settle surface use and damage issues, have you ever had to decide which of these options would be best for your company in the short and long run? 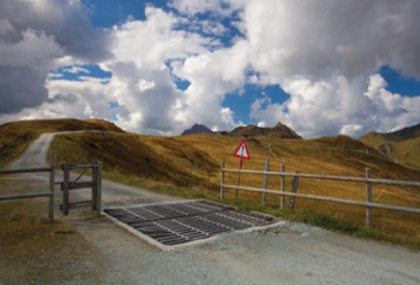 Ingress and Egress vs Easement

What’s the difference?  Isn’t the right of ingress and egress an easement?

There are many reasons to obtain a specific easement for an existing road rather than just relying on the right of ingress and egress language in the oil and gas lease.  Why?

I recently had an encounter with a land trust in Colorado where it became clear that the use of existing roads, without an easement agreement, was opening the door for problems. The land trust refused to grant access into the drillsite unless my client built his own road under very strict guidelines.  Because it was an exploratory well, building a long and expensive road just get to the well drillsite did not make sense.  Could we have forced the issue? In this case, maybe – the land trust did not control the minerals.

After much negotiation, the parties agreed to a temporary easement on the existing road with a 50’ workspace on either side. There was also an understanding that upon completion of the commercial well, the temporary easement would be converted into a permanent easement for an agreed amount.

In addition, the decision was made to have an easement granted along the culvert beside the road to lay pipelines.

Understanding the difference between an easement vs. ingress and egress is an essential first step in understanding surface use issues for landmen, right-of-way agents, oil and gas companies, pipeline companies, and any other entity that may need access to land.

An easement is an agreed-upon use of land between the land owner and a third party. This can include access to natural resources such as water on the land, construction of necessary utilities or pipelines and their maintenance. There are two basic types of easements - in gross and appurtenant.

In Gross Easement: Typically held by a specific individual or entity, an in gross easement allows use of property without the benefits of ownership. It’s important to identify all easements prior to starting a project.

Many people have asked what is the difference between a right-of-way and an easement. Simply put, an easement is an agreement which grants a land right and a right-of-way is the physical land area upon which the granted right is located. This includes roadways to a drillsite, electric transmission lines, telephone lines, pipelines, etc.

Question: If your oil company has an easement which allows access to its production facility, do they have the right to assign this passage to a third party, such as a tank truck? Generally, the answer is yes.

Remember though, an easement agreement grants a right for a particular use, e.g. accessing a drill-site and/or a production facility. Unless the easement excludes anyone but the Grantee, the authority to use the easement is extended to anyone who uses it by necessity for the purpose stated in the agreement.

In most cases, other uses of an existing right-of-way requires either an amended agreement or a completely new agreement. 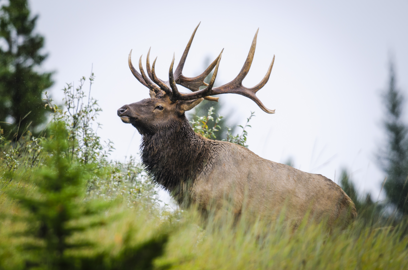 One of the negatives for the landowner in an easement agreement is that there can be surface use restrictions that limit their use of the property.

An oil & gas lease which grants the right of ingress and egress for the purposes stated within the lease may not be enough to satisfy an owner with significant operations on his land. The easement for those purposes may very well restrict the company’s use of the property in many ways. For example, the easement may limit access to the facilities to certain time periods during the year so as not to interfere with the harvesting of crops or hunting rights.

What if the landowner grants you the right to use an existing farm road to get to and from a drill-site? That’s great, but don’t fail to consider the possibility of needing additional work space on either side of the road, which allows room for vehicles traveling in the opposite direction.

When an easement is granted for some purpose that requires construction of facilities on the land, the agreement must take into account the ongoing operation and maintenance of that facility.

It must also account for additional temporary work space for any construction or maintenance periods. These easements can include demands to regularly clear, trim and remove vegetation and trees, including any trees along the boundary of the right-of-way which have been damaged by weather and could fall onto the right-of-way.

Careful attention to this issue is needed when drafting an easement agreement, especially if your location is remote or way off the main road.

Be sure to put specific common use language in the easement agreement.  This will set forth parameters of surface use rights and responsibilities for both parties.

There may be some occasions when a landowner expects you to buy the property you need access to rather than simply acquiring an easement.

The purpose for the easement generally does not require ownership of the land and companies typically do not want to be in the real estate business, so to speak. However, diminishing the use and/or value of a property may demand that the company compensate the owner through the purchase of the land.

In such as case, you need to be aware of dealing with land trusts.  They can make it difficult, if not impossible, to actually buy the land where the surface owner has a contractual relationship with them. 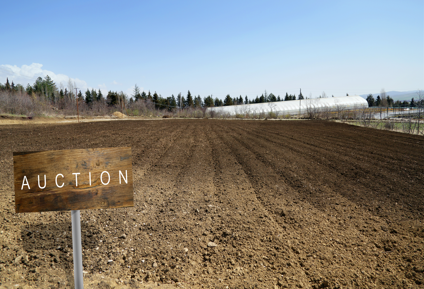 What if the property is auctioned off at a Tax Sale for failure to pay back taxes and there is no right-of-way/easement agreement in place?

Since the use of land for oil and gas purposes has an inherit subservient relationship with the development of minerals, the worst case may be that new surface damage and use agreements along with new easement agreements may have to be signed and compensation paid to the new owner.

Most landowners work hard to keep their land productive and looking the way they want it.  They generally will not like what oil companies can do to their landscape or conservation value.  Therefore, sadly, many land owners take the stand of “Not On My Land” only to find out the hard and expensive way that they may have been able, at best, only to delay the inevitable - a well being drilled on their land.

But just know that next to the oil and gas lease, the surface use and damage agreement is one of the most important, complex and difficult agreements to create in the oil and gas business and right-of-way industry.

The relationship between the landowner and the oil company or pipeline company is generally the most adversarial one in the industry.

One issue to remember when creating a right-of-way/easement agreement is the Accommodation Doctrine/Reasonable Necessity Doctrine.

The issue of surface owners attempting to stop drilling activities started in the early 1970’s.  The Accommodation Doctrine simply states that the mineral owner and Lessee must accommodate the surface owner’s “existing use” of the land. But the Doctrine also allows the mineral owner to move forward with drilling operations on “empty land” even if the action impedes the surface owner’s claimed plan for future development (unless such plan has already been filed with the planning commission).

Again, a good negotiator (landman or right-of-way agent) who is trying to settle land use issues should know to ask questions regarding current and future plans for the use of the surface, despite language in the oil and gas lease, prior to discussing any settlement issues.

Understanding these issues thoroughly will help prevent you from being ‘bullied’ into thinking that the law will not allow you to use the land as you want, when actually the law may not prevent it at all.

Another good question to ask the surface owner is whether their land is part of the Conservation Reserve Program (CRP). The landowner may be expected to reimburse the government for payments he received because your activities on the surface violates his CRP agreement.

The landman should also know that the surface owners would have to meet a rather high burden of proof that a Lessee’s activity would be a major hindrance to existing surface uses (called the ‘reasonably necessary’ doctrine).

Again, in settling surface use and damage issues, ask questions regarding current surface use operations, despite language in the oil and gas lease.

The ultimate conflict to be resolved in most surface use and damage litigation deals with whether or not the mineral owner's and Lessee’s use of the surface is reasonable.

Reasonable could mean necessary to successfully honor the terms, covenants, and conditions of the oil and gas lease and to successfully operate the wells.  These types of issues need to be researched prior to leasing minerals. There’s only so much of the land that may be considered ‘reasonably necessary’ to operations.

In addition, the use of the surface must be done in a non-negligent manner with due regard for the surface estate and conservation values.

This issue should raise caution and awareness for the lease agent, landman or right-of-way agent handling the negotiations. If handled hastily and poorly, there could be grounds for court proceedings and undue delays of the proposed operations.

In addition, when considering surface use issues, it’s important to realize that some matters are ‘preventive in nature’ and do not have anything to do with actual damage to surface. These include:

For example: In California you can have several issues that will directly affect the ‘short’ and ‘long’ term outcome of the oil company’s operations. For example, if a road has to be built through an area where ‘oak’ trees will have to be cut down, the state has rules under which the oil company must address the replacement and care of those oak trees (since that is the ‘state tree’). 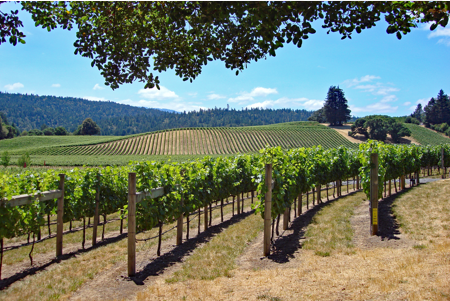 Here are some examples of issues regarding buildings and roads that the surface owner may request.  Again, the Lessee has the reasonable use of the land for the production and development of the minerals:

Just know, any use of the land, whether with the right of ingress and egress or a right-of-way/easement, you have to respect the land and its conservation value (wildlife and scenic).  In addition, in an attempt to make the use of surface less intrusive, some states have recognized the need to protect the agricultural industry and have provided incentives for fair dealings by enacting the ‘Surface Damage Compensation Act’ for their state.  A savvy attorney determine what each state’s statutes in this regard are.

Also, the oil company should use extra caution when planning a drill-site and a production facility along with roads so as to not create erosion, loss of livestock, loss of wildlife habitat, aquifer pollution, ground pollution, air pollution, and fire hazards. They must also address right-of-way and facility maintenance, safety issues (including appropriate signage), surface water usage, and water run-off issues.

Wind and Solar vs Natural Gas

Oklahoma Intestate Succession Before And After July 1, 1985

How to Spot a ‘Duhig’ Problem

The Petroleum Landman And The Open Mines Doctrine – Landmines To Consider