It has been said, that the best teacher and predictor of the future is the relevant past. Have you heard about the latest move by some really well intended, but extremely naive, people?

​These same folks have recently said that we should take away all incentives for oil companies and stop drilling on Federal Lands and offshore.  My answer to this is, "How is the view from the Cheap Seats?"

Oh, I get it. These people ​want to take away the incentives that allow oil companies to risk (and lose) billions, but expect oil companies to continue to provide the fuel, the tires, the roads and very infrastructures​ that go blindly used. They want to run oil companies out of business, but have no concern or understanding of how that will directly effect their livelihood.  After taking away the much needed incentives that make oil companies able to risk billions year after year (money which is largely provided for by equity firms, banks, and their own inhouse ​funds) just so they can be replaced at some point in time in the future.

While this makes for interesting lunchroom talk and speeches, it is virtually impossible to think of what our lives would actually be like without the oil companies risking this money for our benefit. This "utopia" that is being built off the backs of oil companies is just that- a utopia that relies on oil companies. What happens when the rug gets pulled out from under these companies?

Let’s say that actually happens. This could be the end result to that thinking.  You wake up one morning and start reading the newspaper and see this:

​NEWS FLASH: THE OIL EMBARGO IS BACK AND ON STEROIDS

Last night it was announced by the oil and gas industry that in the next year all nationwide tire companies will no longer be in business. There will be no more asphalt roads because​ these companies also went out of business. ​The housing ​market ​will soon follow due to no pre-cut lumber being available. All plumbing ​supply houses and hardware stores ​are gone, too.  In addition, all heavy equipment ​shops are also shutting down and, ​by this time next year, will no longer be available.

Your cell phone will no longer work. No new ​models will be made for many years to come.

This time next year if you need to take your child to the hospital, you should ​begin considering alternate plans. ​Transporting them to the hospital will be one issue, though even if you make it the equipment needed to save your child’s life will no longer work​. We don't expect to see new ​equipment or repair parts to become available for many years into the future​.

Unfortunately, the oil companies were ran out of business when we needed them most. See you in the funny pages?

The next day another article comes out ​letting everyone know that all TV, Radio and Internet services are being suspended due to no ability to broadcast or even transport ​broadcast employees to their stations. However, the good news is that we now have clean air where we live. The bad news is that no groceries will be available for quite some time due to the trucking and rail systems being shut down. ​If you have only just begun considering ​to grow your own food, it is already too late.

​A fact of life we can’t ignore is, young people today have no idea what it is like to be without transportation or being able to enjoy their way of life. If you were around in the in the early 1970’s you will remember the Oil Embargo. Cars ​lining up around the block, their drivers desperate to get ​fuel from the ​stations that had posted signs ​stating “OUT OF GAS”.  I even saw a picture of a man standing in the line of cars with his lawnmower.  This will happen again and if this way of thinking persists. ​Especially if oil companies ​continue to be restricted, curtailed and prohibited.

An interesting point, the gas shortage during the Oil Embargo was only in US. It was caused by​ foreign oil dependency. ​Other countries around the world went right on with the daily lives, completely unaffected. For those who are not familiar, look up the birth of the ​Petro Dollar and the ​Oil Embargo.

This ​should be an eye opener. If we are not careful ​​history will not only be repeated, but it will be repeated on a much larger scale. 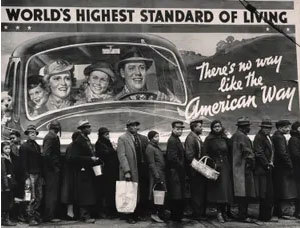 ​It my humble opinion, people can be very dangerous when statements are made without really thoroughly thinking ​of the real-world consequences.  For example, try doing an autopsy on the ​food supply chain. What could happen to that industry which, by the way, was greatly affected during the Oil Embargo, too. ​Think about what it takes to get equipment built; to the farm, cultivate, and irrigate (where does the water come from) the land and grow the crops. Follow that all the way to the point of processing and transporting food to ​the grocery stores. How will the food get to your home, and how will you​r refrigerate, cook, and feed your family?  It is a very scary, very real, proposition.

I recently read an article that stated in part: “More relevant for the oil and gas sector is the call to end subsidies for fossil fuels, which total as much as $14.7 billion annually, including deductions for intangible drilling costs; last-in, first-out accounting; master-limited partnership tax exemptions; and low-cost royalty and leasing rates on federal lands, among others. Many want to revoke the permits or otherwise block major long-distance pipelines, including Keystone XL, Dakota Access, Line 3, Line 5, and essentially any other project of this nature. This will severely damage Canada’s oil sands, which will begin to lose access to the U.S. market. Oil sands producers would only have the Pacific Ocean as their way out.”

My immediate response to this was, "REALLY, ARE YOU KIDDING ME?"

These people have no idea what the dry hole rate and cost is today.  Oil supplies are a diminishing asset always needing to be always replaced. We all have to join in ​the effort to make sure we do not fall behind and become dependent on foreign oil again.  The costs and risk to make sure we can live a normal and safe life is based on a very costly low success rate that has been somewhat subsidized for over 100 years by way of the industry being able to deduct their Intangible Drilling Costs (IDC).  In addition, this IDC is one of the main factors why Private Investors invest with oil companies.  Take that away and what would that do to our economy? ​These well intended people seem to not have a clue as to what it costs in man power and money to get what oil we can out of the ground and to the market, much less supporting new exploration efforts to replace what we have taken out of the ground. Millions of jobs and tax revenue will be lost if oil companies are forced into this box and we all will suffer!  ​But why are ​automobile manufacturers ​continually ​receiving incentives and subsidies? ​Their cars use fossil fuels-  Isn’t that like cutting your nose off to spite your face?

A recent article by the U.S. Energy Information Administration (EIA) stated, “IDCs were put in place to reflect the deduction of expenses specifically for oil and natural gas production – and that’s just what they do. Removing this 100-year-old tax provision from the code would not only strip away roughly 25 percent of the capital available for independent producers to continue looking for new oil and natural gas, but also diminish the many economic benefits created by those activities. Independent producers support over 4 million direct, indirect, and induced jobs – in the lower 48 states alone – while providing billions in revenue and taxes. In 2010, onshore upstream taxes amounted to $67.7 billion.”

It has been reported in an article published by Maurice R. Greenberg, Center for Geo-economics Studies, in August of 2016, “Policymakers considering this issue of removing all incentives need a thorough understanding of the potential consequences of tax reform in the new energy context. Unfortunately, existing studies either fail to seriously analyze the economic effects of removing tax preferences or are not transparent or publicly available.”

​It is reported that these policymakers assume that since the US has become the largest oil producer and that the industry does not need these incentives. ​It is naive to believe that oil prices will stay up to support that thinking.

​Another overlooked side-effect? This focus on oil ​is going to leave a natural gas issue in its wake. ​We all need natural gas and it is not something we can just import. The cost and availability of natural gas will be dramatically affected if these incentives are removed. Enormously high gas bills will prevent millions from heating their homes in the winter.

​​In the very near past we had been dependent on foreign oil, and that put us in an ​alarmingly vulnerable position. Rather than shutting down our largest producing capabilities, like off shore ​and ​shale fracking, let’s ​focus on ​how new technology can make it safer by promoting cooperation with the oil and gas industry.

We should learn from our past mistakes and ​avoid another path of potential financial ruin. A path that will lead to an end of our way of life as we know it today. ​History has shown us that no one will be able to escape the massive fallout from this way of thinking, not even the people making these statements.

There are better ways to accomplish ​the goals of a better future. It is only through cooperation and mindfulness- not through forcing ​companies to do what you think they should do.

-My two cents a barrel

David Melton Founder, ​ ​Course Author, and Instructor. ​Mr. Melton, professional landman for over 40 years, has acquired vast experience in acquisitions and divestitures as well as executive management skills (VP of Land) for a small E&P company and as a GM of COO for two large land brokerage firms with multiple offices in Oklahoma, Texas, Montana, Colorado, Ohio, West Virginia and Pennsylvania. In addition, Mr. Melton has over 35 years of experience in oil and gas exploration and production including operations, land management and administration in all phases. David formed the Petroleum Landman School in 2005 and has had students from 34 states and two foreign countries. Mr. Melton is a recognized public speaker, course writer and presenter for the AAPL and a published author for the AAPL, IRWA and Oilprice.com. Mr. Melton is the founder of the Professional Landman Schools, parent company of the Institute of Energy Management and the Institute of Energy Development.

Previous Post Here We Go Again – The Oil Embargo Revisited Next Post Not On My Land! Ingress and Egress vs. Easement